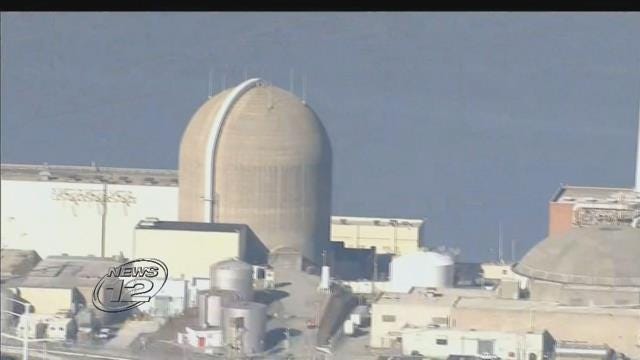 It's the beginning of the end for nuclear power generation at Indian Point in Buchanan.

On Monday, Unit 3 at Indian Point temporarily shut down as crews refueled the nuclear power plant for the last time.

"They will take out old nuclear fuel and put in new nuclear fuel, and that takes about a month,” says Entergy spokesperson Jerry Nappi.
Entergy is using the time to make $70 million worth of upgrades and safety enhancements to the facility, which supplies 25 percent of the power for the region and provides more than 1,000 jobs.

The power plant also generates property taxes on which local municipalities depend.

"We knew it was inevitable that they would be closing, we just didn’t think they would be closing this soon,” says Cortlandt Supervisor Linda Puglisi.
Puglisi says the town is set to lose $800,000 in revenue a year, and although there are state funds in place to help relieve the burden, she says it’s not enough.

The town and the village of Buchanan are scrambling to prepare for the end.

"$100,000 minimum a year we are setting aside in this special fund to offset the loss of revenue in the future,” says Puglisi.

Unit 2 is set to close next year in April. The final reactor, Unit 3, will close in 2021.
Share this story