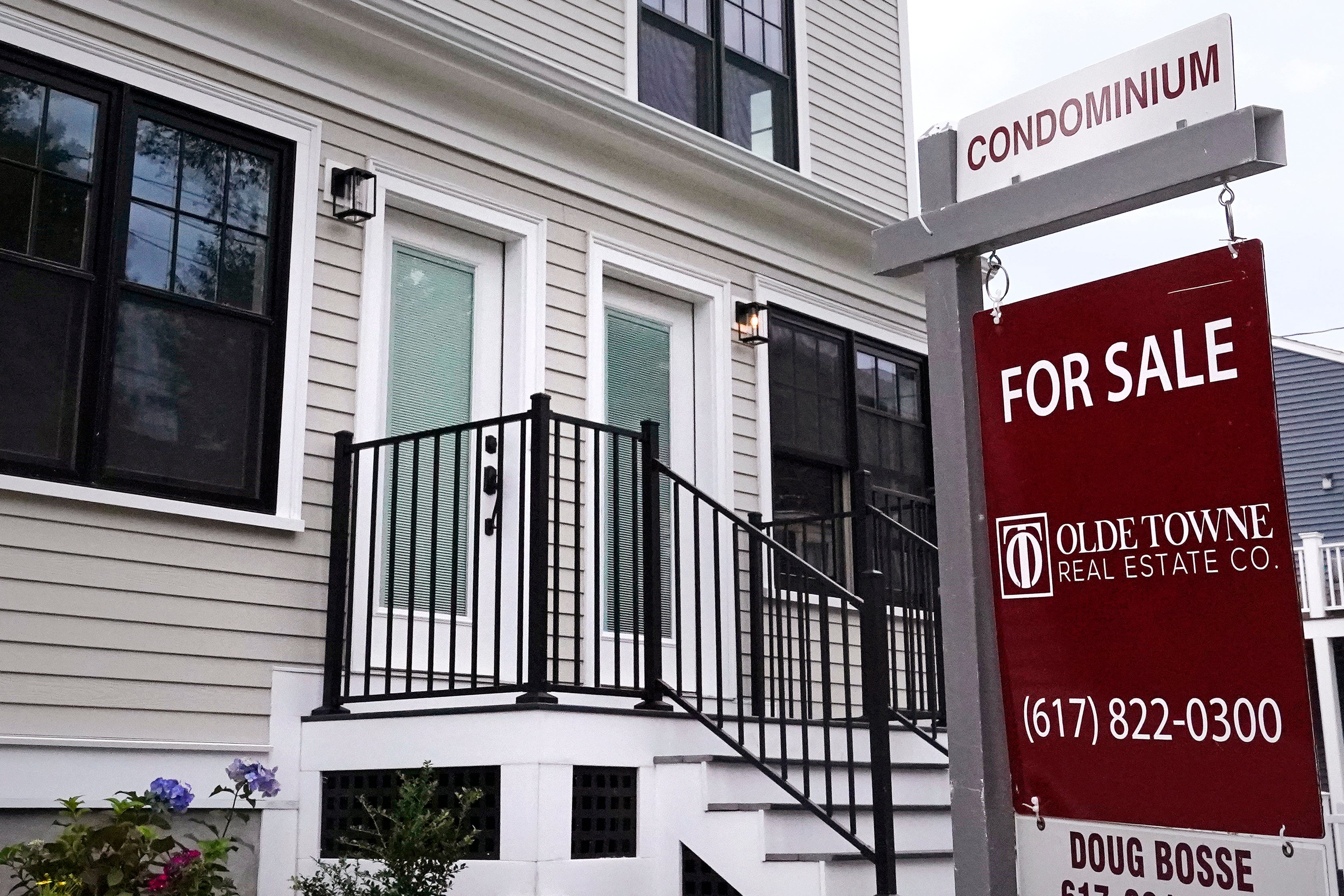 Average long-term U.S. mortgage rates jumped again this past week, reaching their highest level since March 2020, just as the coronavirus pandemic was breaking in the U.S.
MORE: Wholesale prices jumped record 9.7% in past 12 months
Mortgage buyer Freddie Mac reported Thursday that the average rate on the benchmark 30-year home loan rose to 3.45% this week from 3.22% last week. It was at 3.5% in late March of 2020 when the pandemic was just starting. A year ago, the 30-year rate stood at 2.79%.
The average rate on 15-year, fixed-rate mortgages, popular among those refinancing their homes, rose to 2.62% from 2.43% last week.
MORE: How to attract busy contractors to your home remodel
“This was driven by the prospect of a faster than expected tightening of monetary policy in response to continued inflation exacerbated by uncertainty in labor and supply chains,” said Sam Khater, Freddie Mac’s chief economist. “The rise in mortgage rates so far this year has not yet affected purchase demand, but given the fast pace of home price growth, it will likely dampen demand in the near future.”
Available housing has been in short supply since long before the pandemic started, and prices have risen close to 20% in the past year. Higher mortgage rates could make it even harder for homebuyers to secure a new home.
Mortgage rates have been expected to rise this year after the Federal Reserve announced last month that it would begin dialing back its monthly bond purchases - which are intended to lower long-term rates - to slow accelerating inflation. But even with the expected three or four rate increases in 2022, the Fed’s benchmark rate would still be historically low at around 1%.
On Wednesday, the government reported that inflation spiked to 7% in December from a year earlier, the sharpest such increase in four decades. Earlier Thursday, the Labor Department reported that prices at the wholesale level surged by a record 9.7% in December from a year earlier.
In addition to surging inflation, experts expect robust economic growth and the tight labor market to continue to push rates higher.
Although U.S. jobless claims climbed by 23,000 last week to 230,000, it's still low by historic standards and the highly contagious omicron variant doesn't appear to have triggered layoffs yet.
Related Stories
2d ago

Do you constantly reuse the same username and password? 6 steps to help safeguard your online accounts

Are you looking to get an N95 mask? Here’s how you can spot the counterfeit ones.

How to crush your holiday debt

Millennial Money: What to do if you buy now, can't pay later

Toddler accidentally purchases nearly $2,000 worth of items from Walmart