NO WAY OUT: Months-long investigation reveals abusers profiting off victims 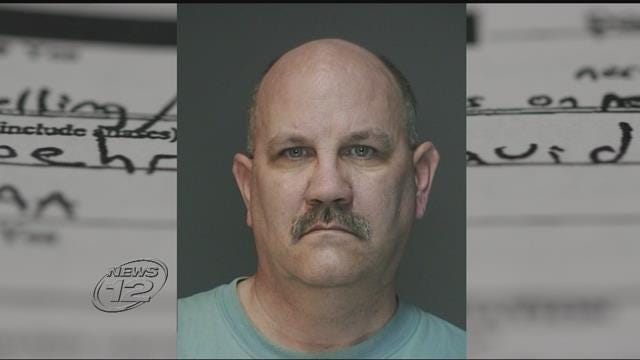 In this Turn To Tara investigation, meet a victim of domestic violence whose nightmare didn’t end the day her ex-husband tried to kill her.
It was March 2011 when her ex-husband, David Von Doehren, tried to strangle her. “We were having difficulties over his infidelities,” Laura Panek says. “When I really confronted him on it, he got super angry.” Angry enough that Von Doehren tied a noose around her neck and came 30 seconds away from killing her.
“I said, ‘I’m done, this marriage is over.’ And he said, ‘You’re never going to go anywhere.’ He got up, pushed me against the wall, in the basement, pulled down a noose he had formed already -- that tells you something, doesn't it? Wrapped it around my neck, pulled it tight, looked me right in the eye and said, ‘Now you are going to die.’”
Video: Extended interviews with domestic violence victims:
The harrowing ordeal didn’t end there. “I lost consciousness. When I regained consciousness, I was still on the floor. He was still straddling me and he started to pull the noose again and said to me, ‘You are never going to go anywhere again.’”
“I can't remember how I got out of that,” Panek says. “To this day, I don't. I just remember running upstairs from the basement and grabbing the phone and running outside and calling the police,” says Panek.
Map of reported incidents - not including countywide statistics.  Click on icon for details.
https://fusiontables.google.com/embedviz?q=select+col1+from+1-PDevb2ushFattdj2BH6orNKnsQxK1WXkWphnS0V&viz=MAP&h=false&lat=41.39456920793428&lng=-73.6675088834138&t=1&z=9&l=col1&y=2&tmplt=2&hml=TWO_COL_LAT_LNG
Rosenblum acquired the 911 call, and it is difficult to listen to:
911:           911, please state your emergency.
Panek:        My husband just tried to kill me.
911:           OK what happened?
Panek:        He choked me with a rope.
911:           He choked you with that?
Panek:        Help me. Help me please.
911:           Where are you?
Panek:        Oh my God, ohhh, please. (crying, gasping for air)
911:           Are you injured?
Panek:        Yes.
911:           Are you able to go to the door and meet the police officer?
Panek:        Yes.
The physical wounds took months to heal, but the recently retired nurse says that emotionally, she's still black and blue. Panek says she’s still “not back to 100 percent normal” because her journey for justice is far from over. “I can't tell you how many times I sat in criminal court waiting for something happen.”
DATABASE:  View number of reported incidents by county
Eventually, the criminal case came to a conclusion with an 11-year prison sentence for Von Doehren. But the divorce case dragged on for many months and ultimately ended with a judge ordering Panek to pay a portion of her pension to the man who nearly killed her. “My first reaction was anger, my second was sadness and I cried a little bit,” she says.
Panek retired two months ago, triggering the start of an $810 monthly payment to her ex-husband, better known these days as Inmate 12A0143 at the Fishkill Correctional Facility.  She says his claim to her pension should have ended “the day you decided you were going to end my life. You don't have the right for me to give you money for trying to end my life. It’s akin to a criminal profiting for their crime. That shouldn't be,” she says.
Panek thinks that divorce judges should weigh domestic violence heavily when calculating and determining final issues of distribution of marital estate.
GET HELP:  Resources to domestic violence victims
New York Supreme Court Justice Lewis Lubell, who sits on the bench in nearby Westchester County, weighed in.
“This is not an issue we take lightly nor is it an issue we abandon in our ultimate fact finding and legal determination as to what we do with marital estate when confronting with these issues,” says Lubell. “But I can say there are people in various entities that are lobbying for change in laws they would believe to be more fair and equitable to a spouse who suffers domestic violence. If we are called to task new legislation put in effect that would be biding judiciary, than I will be guided accordingly.”
VIDEO: Tara Rosenblum interviews judges Kathie Davidson, Susan Capeci and Lewis J. Lubell.
One of the lawmakers fighting for such change is state Sen. David Carlucci (D). “This is way overdue I think,” he says. “When people realize this is happening, they say, ‘Oh, that couldn't happen.’ No, it is happening. And I think people will be just fed up and demand we do something about it.”
Carlucci has proposed a bill that would require all criminal convictions to be factored into divorce proceedings, a decision now discretionary, with the goal of preventing all convicted batterers going forward from collecting on their victim's assets.
“It’s absolutely mind-boggling, you could have someone convicted of attempted murder be sitting in prison and be able to collect from the person they attempted kill - part of their pension. That is absolutely wrong,” says Carlucci emphatically. Victim's advocacy groups like the Center for Safety and Change agree. "If a law exists that makes it possible for this to happen, it absolutely needs to be changed, says Center for Safety and Deputy Executive Director Amy Siniscalchi, LMSW.
Related Stories
Share this story