Cooldown for the weekend, spotty rain chances for Tuesday 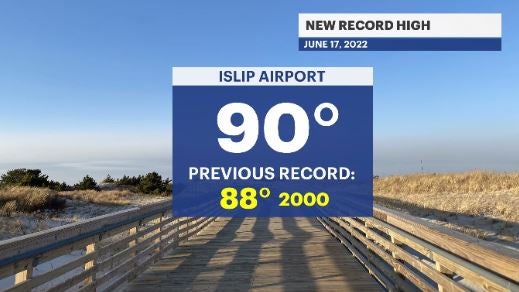 WHAT'S NEW: After a record breaking warm day, where we hit 90 officially at ISP-MacArthur Airport, our temps will be trending much cooler for both Saturday and Sunday, with highs in the low 70s.
WHAT'S NEXT: Summer arrives on Tuesday and we'll see the middle of the week with a few spotty rain chances pop up, but nothing significant at this time. 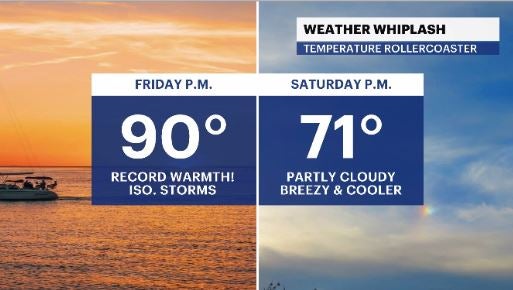 SATURDAY: Partly cloudy, breezy and cooler! It'll also feel much drier through the day. It'll feel like a great day for a hoodie or light jacket. Expect winds out of the northwest at 10-30 mph. Highs near upper 60s to low 70s. 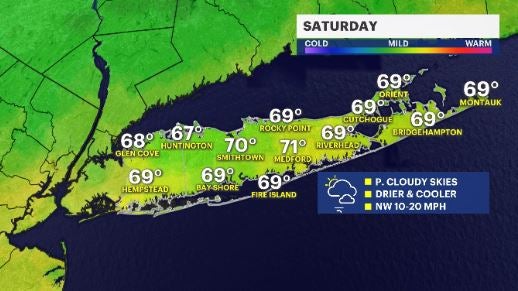 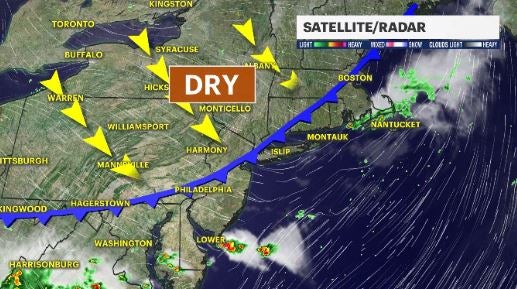 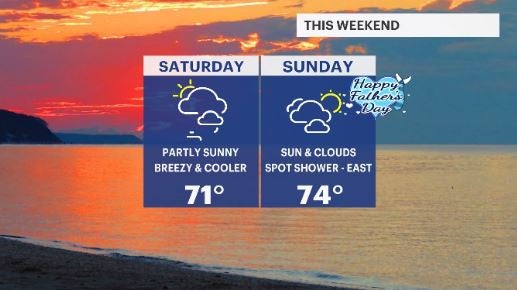 MONDAY: *Pick of the week* Mostly sunny, mild and pleasant. Highs near 80.
TUESDAY – SUMMER SOLSTICE - SUMMER BEGINS AT 5:14 AM. Mostly cloudy with some isolated showers possible, especially late in the day. Highs near the upper 70s. 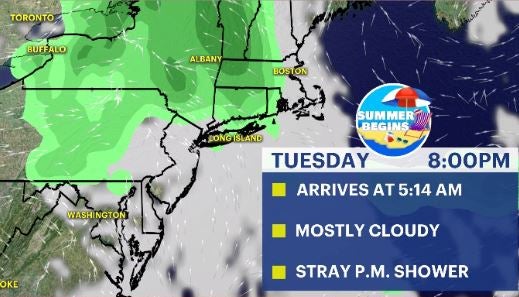 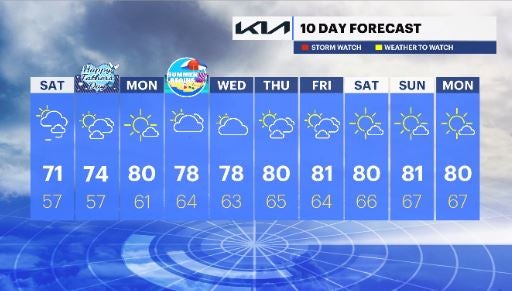 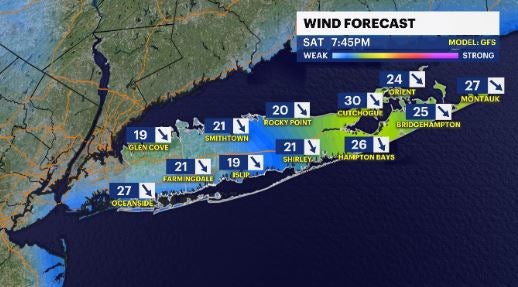 Weekend heats up across the Hudson Valley with temperatures near 90

Hazy, hot and humid for the first weekend of summer in Connecticut

Cool temps, gusty winds expected for the weekend across the Hudson Valley

WEATHER TO WATCH: Chance of storms, showers for the weekend across New Jersey