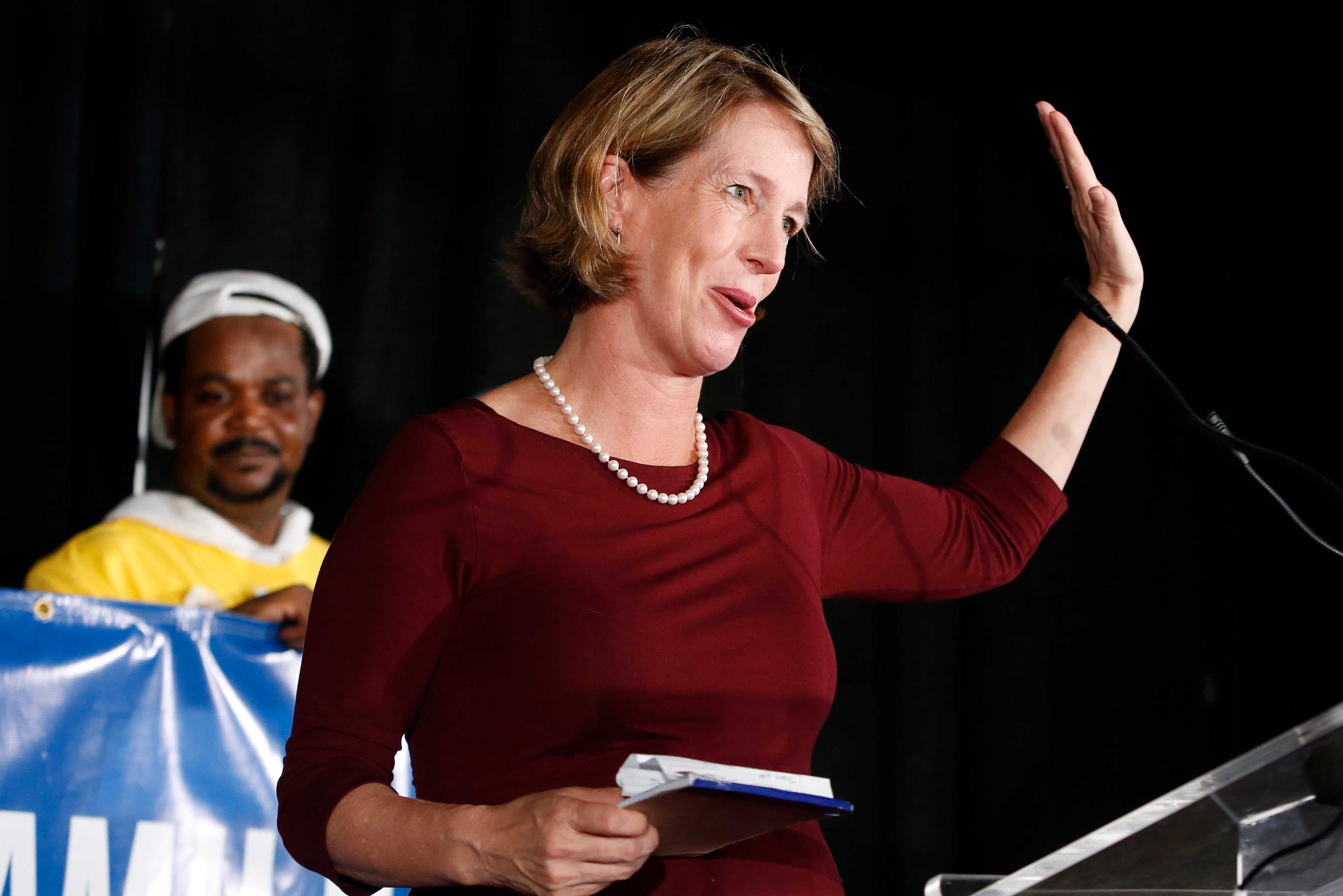 NEW YORK (AP) — Law professor Zephyr Teachout, who lost the 2018 Democratic primary for New York state attorney general to Letitia James, announced Monday that she will seek the nomination again next year.
“My name is Zephyr Teachout, and I am running to be the next attorney general of the state of New York,” Teachout said at a campaign launch in Brooklyn where she was joined by supporters including Democratic Assembly members Ron Kim and Emily Gallagher.
Teachout said earlier that she would run for attorney general if James, the incumbent, announced a run for governor. James announced her campaign for governor last month, leaving the attorney general's seat open next year.
Teachout, 50, is an associate professor of law at Fordham University and a scholar on corruption and antitrust laws. She is the author of “Break ’Em Up: Recovering Our Freedom from Big Ag, Big Tech, and Big Money,” published last year.
She said her priorities as attorney general would include fighting corruption and corporate abuse and defending civil rights.
“I have been fighting against corruption for my entire career, and I will go after politicians who lie and who think they are above the law,” she said.
In addition to seeking the Democratic nomination for attorney general in 2018, Teachout ran for the Democratic nomination for governor of New York in 2014, losing to Andrew Cuomo.
Teachout won the Democratic nomination for a Hudson Valley congressional seat in 2016 but lost to Republican John Faso in the general election.
Related Stories
5d ago

Power & Politics: What does infrastructure bill mean for Connecticut?

Board of Legislators condemns Yorktown slur as hate speech