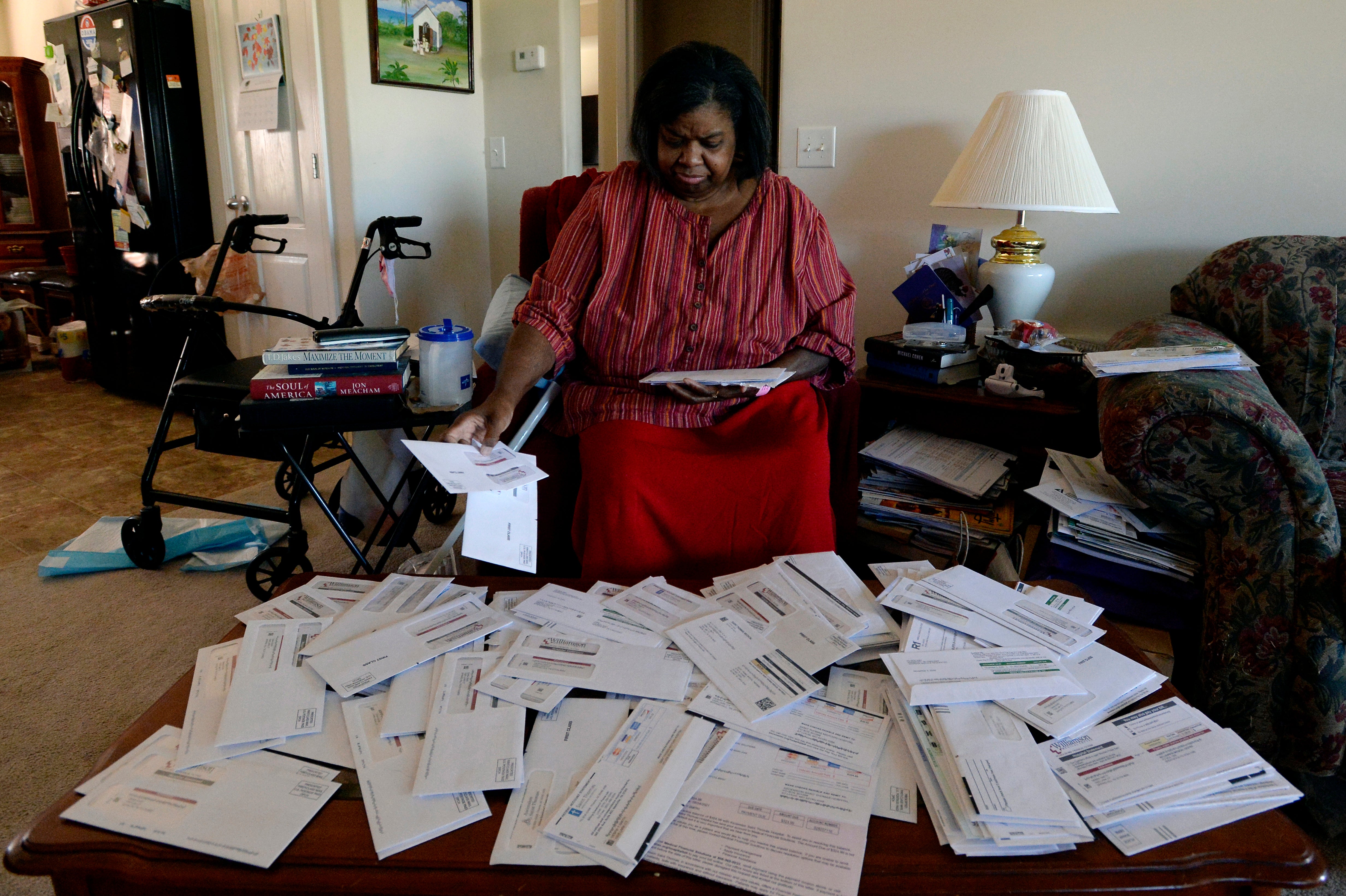 Health care bills are about to become far less threatening to the financial well-being of millions of Americans.
The three major credit bureaus are erasing most medical debts from people’s credit reports, and the Biden administration is reducing or eliminating medical debt as a factor in government lending decisions.
Here’s what you need to know about medical debt now.

1 IN 5 U.S. HOUSEHOLDS HAS MEDICAL DEBT

Roughly 1 in 5 U.S. households have medical debt, according to the Consumer Financial Protection Bureau. Some aren’t insured, while others struggle to pay deductibles and other cost-sharing. Insurance billing is byzantine, to say the least, and it’s easy to lose track of a bill while your insurer decides how much, or whether, to pay.
Many of these unpaid bills wind up on people’s credit reports. The CFPB found medical debts on 43 million credit reports last year, and medical debts made up 58% of all bills in collections as of the second quarter of 2021. Collections can depress your credit scores, which can make it harder to get loans or require you to pay higher interest rates. Bad credit also can cause you to be turned away from jobs or apartments, and require you to pay more for car and home insurance.
Newer versions of credit scoring formulas treat medical debt less harshly, since research shows health care bills aren’t as reliable as a gauge of creditworthiness compared to other types of collections. But most lenders still use older credit scores that don’t distinguish medical debt from other overdue bills.
Rather than wait for lenders to update to the latest credit scores - a process that could take years, if it ever happens - the CFPB announced on March 1 that it would investigate whether medical debt should be included on credit reports at all.
Seventeen days later, the three credit bureaus - Equifax, Experian and TransUnion - responded by promising to remove nearly 70% of medical debts from consumer credit reports within the next year.
GUIDE: Mental health resources available in the tri-state

Starting July 1, all paid medical collections will be eliminated from people’s credit files, and no unpaid bill will be reported until 12 months have passed - an increase from the current term of six months. By June 30, 2023, the three bureaus will also stop reporting unpaid medical debts under $500.
Consumer advocates hailed the changes but noted that those with larger debts would still face credit damage. About 16 million people (6% of U.S. adults) owe more than $1,000 in medical debt, and 3 million (1%) owe more than $10,000, according to KFF, the nonprofit health research organization formerly known as the Kaiser Family Foundation.
Recent moves by the Biden administration could help improve access to credit. On April 11, Vice President Kamala Harris announced additional reforms, including reducing or eliminating medical debt as a factor in government lending decisions. That should make many home and business loans easier to get. Also, Veterans A ffairs, which has already erased $1 billion in copayments owed by veterans, promised to streamline the process so more low-income vets can have their VA bills forgiven. The VA has also stopped reporting most veterans’ medical debts to the credit bureaus.
GUIDE: 17 tricks to help you save at the pump

WHAT YOU CAN DO TO DEAL WITH MEDICAL DEBT

Soon you won’t have to worry about a minor medical bill tanking your credit scores. But catastrophic medical bills could still upend your finances. Consider taking the following steps to reduce your vulnerability to medical debt:
- STAY COVERED, IF YOU POSSIBLY CAN. Insured people enjoy more consumer protections , and better access to health care, than the uninsured. People who aren’t covered by workplace insurance or government plans such as Medicare can find coverage through Affordable Care Act exchanges. Start your search at healthcare.gov. Most uninsured people qualify for subsidies to make premiums more affordable.
- CHECK ALL MEDICAL BILLS FOR ERRORS. Billing errors are common, so request itemized bills for hospital stays and complex procedures. Dispute any mistakes you find.
- ASK FOR HELP. Hospitals and other health care providers may have financial assistance programs that could reduce or eliminate your bills. (Nonprofit hospitals are required to have such programs but may not offer help unless you ask.)
- AVOID USING CREDIT CARDS IF YOU CAN’T PAY IN FULL. Credit cards tend to have high interest rates that make debt harder to pay. Many health care providers offer interest-free payment plans that allow you to pay off your bill over time.
By LIZ WESTON of NerdWallet
_______________________________________
This column was provided to The Associated Press by the personal finance website NerdWallet. Liz Weston is a columnist at NerdWallet, a certified financial planner and author of “Your Credit Score.”
(AP Photo/Mark Zaleski)
Related Stories
6d ago

How to afford summer road trips amid high gas prices

Liz Weston: How to afford your meds and support your health

Toy companies gear up for summer with water versions of classic toys, games

Powell: Fed will decide on rate hikes 'meeting by meeting'