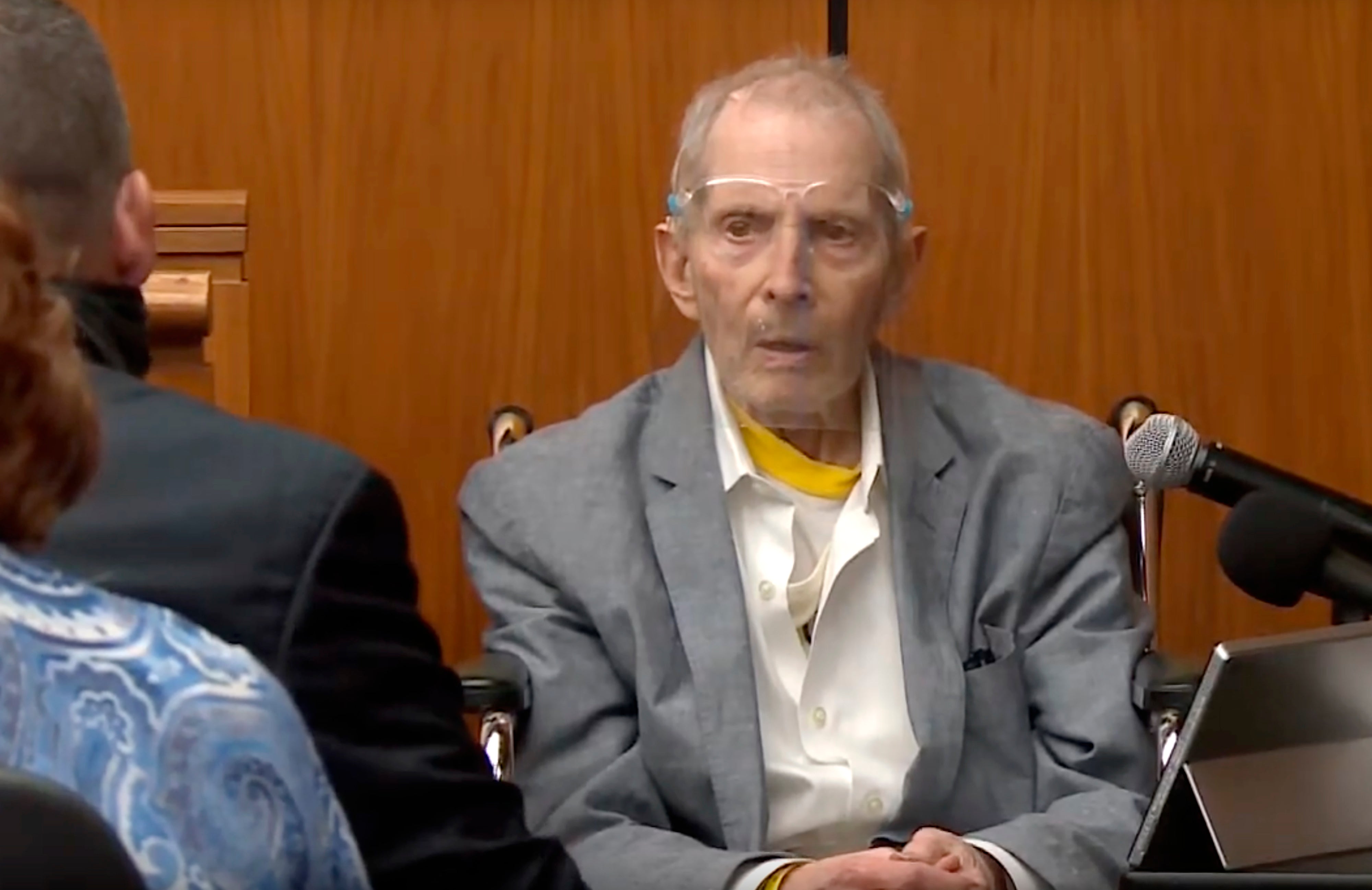 EDITOR'S NOTE Be sure to check out News 12's one-hour long special on Robert Durst on Wednesday. News 12's senior investigative reporter Tara Rosenblum and her team spent the last few months gathering information about Robert Durst that has not been made public yet.
A Los Angeles jury began deliberating Tuesday in the lengthy murder trial of New York real estate heir Robert Durst after a prosecutor described him as a “narcissistic psychopath" who needs to be held accountable.
Deputy District Attorney John Lewin told jurors in Los Angeles County Superior Court that Durst, a multimillionaire, had lived a privileged life in which he played by his own rules and only cared about himself. Lewin said he didn't kill for pleasure but to resolve problems when backed into a corner.
MORE: The Robert and Kathie Durst Story
“Bob Durst is not crazy. He’s not some nut job serial killer who goes around killing for the thrill of it," Lewin said. “Don’t let this narcissistic psychopath get away with what he’s done.”
Durst, 78, who was hunched in a wheelchair in a light blue sportscoat, has pleaded not guilty to a first-degree murder charge in the point-blank shooting of Susan Berman, his confidante.
Jurors deliberated about three hours before recessing for the day. They began hearing evidence in March 2020 before taking a 14-month break during the pandemic. The case resumed in May.
Prosecutors say Durst killed Berman in December 2000 at her home as she planned to speak with police about a phony alibi she provided for him when his wife vanished in New York in 1982.
Lewin said Berman was killed because she was a witness. Prosecutors presented evidence of Kathie Durst's presumed killing to provide his motive and also introduced evidence from a Galveston, Texas, trial where he was acquitted of murder in the shooting death of a neighbor.
Durst had gone into hiding in Texas in late 2000 to avoid what he believed were imminent charges in New York when authorities reopened the investigation into his wife's disappearance. He testified that Morris Black pulled a gun on him in Durst's apartment and was shot in the head during a struggle for the weapon.
The defense challenged the strength of the evidence presented by prosecutors, arguing there was no evidence of Kathie Durst's death and generally a lack of forensic and direct evidence in the case.
They said prosecutors failed to prove that Berman impersonated Kathie Durst to call in sick at the medical school she attended the day after her husband last saw her. The call made it appear she was still alive after Robert Durst had seen her.
"Everything’s been this theory but with no meat to the bone, no evidence,” defense attorney David Chesnoff said. “You know that what I’m telling you is real.”
Kathie Durst has never been found and no one has been charged in her disappearance.
Durst faces a life sentence if he's convicted.
The defense claimed that prosecutors beat up a “sick, old,” defenseless man during nine days of brutal cross-examination in which Durst admitted lying under oath and made numerous damning admissions.
Among other things, Durst testified he didn’t kill Kathie Durst or Berman, but said he would lie if he had.
“I just hope when this is over, you let Mr. Durst be in a hospital of his choosing to live out whatever time he has left,” Chesnoff said.
Lewin countered that Durst was only old and feeble because he had been able to live a full life - unlike his victims.
“He's up here, he’s old and he’s sick. He got to live to be old,” Lewin said. “Kathie never made it to 30. Susan Berman, his close friend, horribly executed. Morris Black murdered and then dismembered. ... He’s lucky to have gotten to live to be 78 to have the health issues he does. Because his victims and their families don’t have that same peace of mind."
Related Stories

Prosecutors: Hazlet man charged with murder in death of father

ALERT CENTER: Man accused of driving high on drugs with child in Bellport