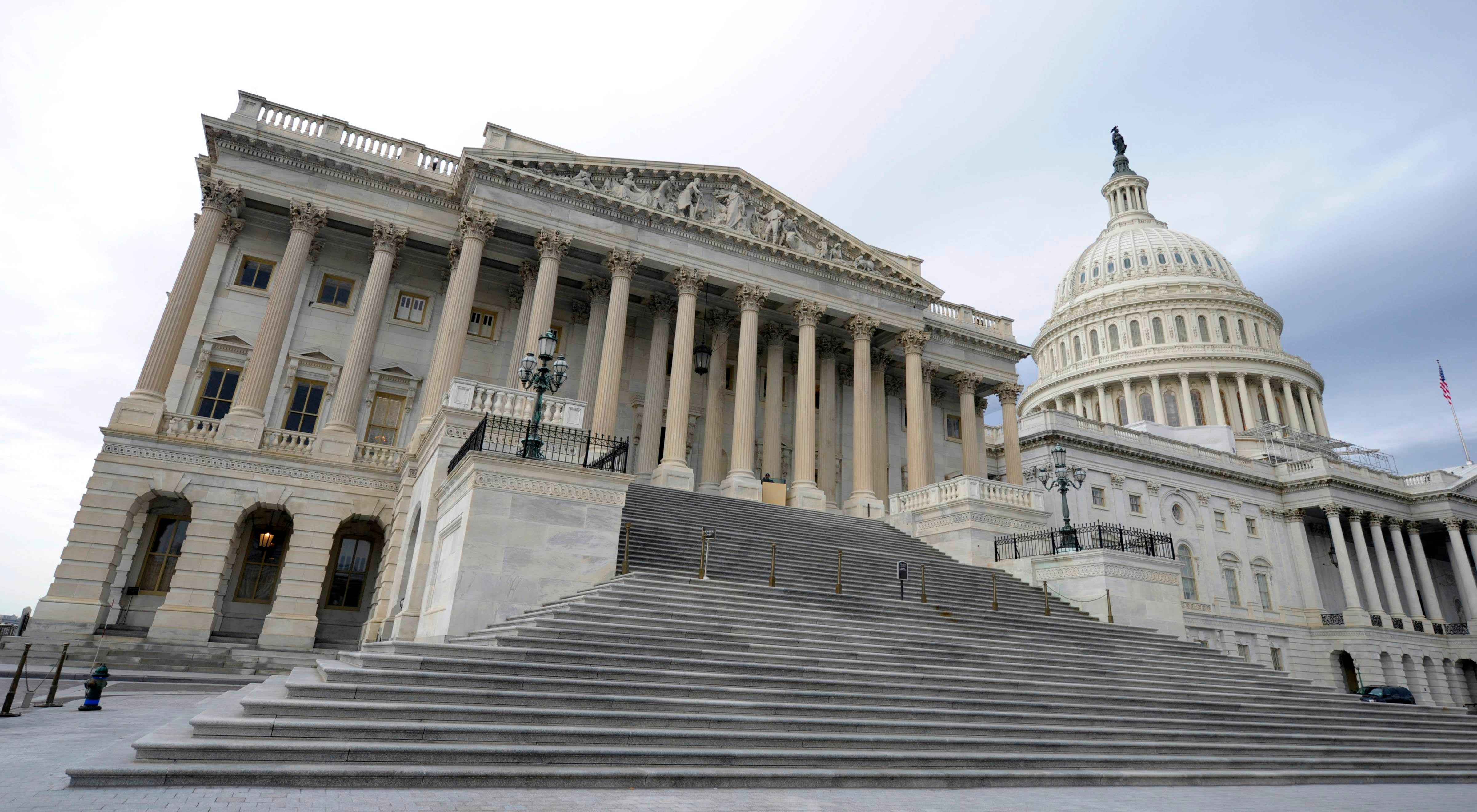 The House sent President Joe Biden the most wide-ranging gun violence bill Congress has passed in decades on Friday, a measured compromise that at once illustrates progress on the long-intractable issue and the deep-seated partisan divide that persists.
The Democratic-led chamber approved the election-year legislation on a mostly party-line 234-193 vote, capping a spurt of action prompted by voters' revulsion over last month’s mass shootings in New York and Texas. The night before, the Senate approved it by a bipartisan 65-33 margin, with 15 Republicans joining all Democrats in supporting a package that senators from both parties had crafted.
The bill would incrementally toughen requirements for young people to buy guns, deny firearms from more domestic abusers and help local authorities temporarily take weapons from people judged to be dangerous. Most of its $13 billion cost would go to bolster mental health programs and for schools, which have been targeted in Newtown, Connecticut, Parkland, Florida and many other infamous massacres.
And while it omits the far tougher restrictions Democrats have long championed, it stands as the most impactful gun violence measure that Congress has approved since it enacted a now-expired assault weapons ban nearly 30 years ago.
The legislation was a direct result of the slaying of 19 children and two teachers at an elementary school in Uvalde, Texas, exactly one month ago, and the killing of 10 Black shoppers days earlier in Buffalo, New York. Lawmakers returned from their districts after those shootings saying constituents were demanding congressional action, a vehemence many felt could not be ignored.
“No legislation can make their families or communities whole,” House Judiciary Committee Chairman Jerrold Nadler, D-N.Y.. said of those victims. “But we can act to keep others from facing the same trauma.”
For the conservatives who dominate Republicans in the House, it all came down to the Constitution's Second Amendment right for people to have firearms, a protection that is key for many voters who own guns.
“Today they're coming after our Second Amendment liberties, and who knows what it will be tomorrow,” said Rep. Jim Jordan of Ohio, the Judiciary panel's top Republican.
Impossible to ignore was the juxtaposition of the week's gun votes with a pair of jarring Supreme Court decisions on two of the nation's most incendiary culture war issues. The justices on Thursday struck down a New York law that has restricted peoples' ability to carry concealed weapons, and Friday it overturned Roe v. Wade, eliminating the protection for abortion that case had ensured for a half-century.
Fifteen Senate Republicans backed the compromise, but that still meant that fewer than one-third of GOP senators supported the measure. And with Republicans in the House solidly against it, the fate of future congressional action on guns seems dubious, even as the GOP is expected to win House and possibly Senate control in the November elections.
The bill lacked favorite Democratic proposals like bans on the assault-type weapons and high-capacity ammunition magazines used in the slayings in Buffalo and Uvalde. But it still let both parties declare victory by demonstrating to voters that they know how to compromise and make government work.
Yet the Senate votes highlighted the wariness most Republicans feel about defying the party's pro-gun voters and firearms groups like the National Rifle Association. Sens. Lisa Murkowski of Alaska and Todd Young of Indiana were the only two of the 15 up for reelection this fall. Of the rest, four are retiring and eight don't face voters until 2026.
Tellingly, GOP senators voting “no” included potential 2024 presidential contenders like Ted Cruz of Texas, Josh Hawley of Missouri and Tim Scott of South Carolina. Cruz said the legislation would “disarm law-abiding citizens rather than take serious measures to protect our children."
The talks that produced the bill were led by Sens. Chris Murphy, D-Conn., Kyrsten Sinema, D-Ariz., John Cornyn, R-Texas, and Thom Tillis, R-N.C. Murphy represented Newtown, Connecticut, when an assailant killed 20 students and six staffers at Sandy Hook Elementary School in 2012, while Cornyn has been involved in past gun talks following mass shootings in his state and is close to McConnell.
The bill would make the local juvenile records of people age 18 to 20 available during required federal background checks when they attempt to buy guns. Those examinations, currently limited to three days, would last up to a maximum of 10 days to give federal and local officials time to search records.
People convicted of domestic abuse who are current or former romantic partners of the victim would be prohibited from acquiring firearms, closing the so-called “boyfriend loophole."
That ban currently only applies to people married to, living with or who have had children with the victim.
There would be money to help states enforce red flag laws and for other states without them that for violence prevention programs. Nineteen states and the District of Columbia have such laws.
The measure expands the use of background checks by rewriting the definition of the federally licensed gun dealers required to conduct them. Penalties for gun trafficking are strengthened, billions of dollars are provided for behavioral health clinics and school mental health programs and there's money for school safety initiatives, though not for personnel to use a “dangerous weapon."
(Copyright 2022 The Associated Press. All rights reserved. This material may not be published, broadcast, rewritten or redistributed without permission.)
6/24/2022 1:34:52 PM (GMT -4:00)
Related Stories

Middletown students can “Shop with a Cop” for school supplies

Historic Nunley's carousel reopens after being closed since 2020

Splish Splash hosts day of fun for kids from 2 nonprofits

Election 2022 - Take Two: Everything you need to know about the August primary