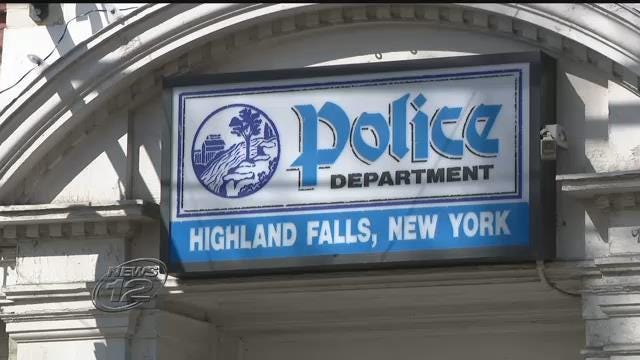 A former police detective in Orange County is suing his former employers, alleging he was assaulted by the chief and told to turn a blind eye to investigations with ties to officials.

A 38-page federal complaint alleges an underground criminal enterprise of corruption, tampering and bribery in the small community of Highland Falls.
The suit by former town and village Police Detective Joseph Cornetta claims Cornetta was fired after allegedly being assaulted and injured by Village Police Chief Ken Scott during a 2017 incident involving a department car.
"Mr. Scott tried to forcibly take the car back, slamming Detective Cornetta - first in the arm and then chest,” says Cornetta's attorney, Chris Albanese.

Albanese says the alleged attack left his client with severe injuries to his neck and back, requiring surgery that put him on disability leave. The attorney says no charges against the chief were brought up, and that Cornetta was instead fired.
The suit also claims the former detective was told to turn a blind eye to investigations involving local officials, even cash bribes Mayor Joseph D'Onofrio allegedly received from at least one local business in exchange for permits.
Deputy Mayor James DiSalvo, who is also mentioned in the suit, issued a statement saying: "The lawsuit is politically-motivated. Unfortunately, this is how this individual - hired by the previous mayor - is operating. It's a civil suit ...defamation of character and he's looking for money."
The lawsuit is the latest controversy in a long list of allegations and litigation spanning the last two administrations.
News 12 reached out to the attorney for Highland Falls, but has not heard back.
Related Stories
Share this story