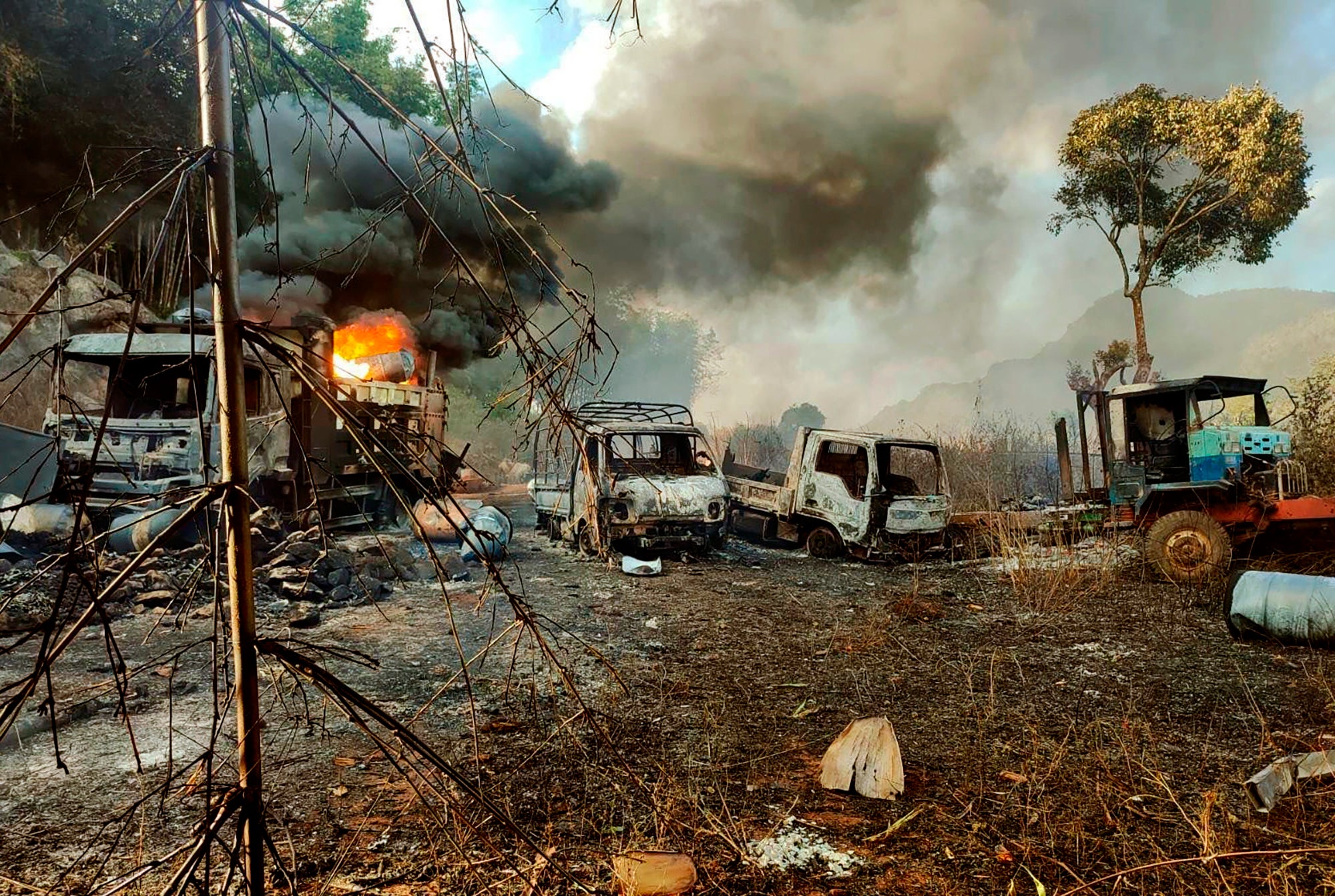 Save the Children, a Fairfield-based nonprofit, says two of its staff members are missing following an attack by the Myanmar military.
Myanmar government troops rounded up villagers, some believed to be women and children, fatally shot more than 30 and set the bodies on fire, a witness and other reports said Saturday.
The purported photos of the aftermath of the Christmas Eve massacre in eastern Mo So village, just outside Hpruso township in Kayah state where refugees were sheltering from an army offensive, spread on social media in the country, fueling outrage against the military that took power in February.
The accounts could not be independently verified. The photos showed the charred bodies of over 30 people in three burned-out vehicles.
A villager who said he went to the scene told The Associated Press that the victims had fled the fighting between armed resistance groups and Myanmar’s army near Koi Ngan village, which is just beside Mo So, on Friday. He said they were killed after they were arrested by troops while heading to refugee camps in the western part of the township.
Save the Children, which has been working in Myanmar since 1995, condemned the attack, saying in a statement: “Two of our staff, who were travelling home for the holidays after conducting humanitarian response work in a nearby community, were caught up in the incident and remain missing. We have confirmation that their private vehicle was attacked and burned out. The military reportedly forced people from their cars, arrested some, killed others and burned their bodies.”
Inger Ashing, the group’s chief executive, released this statement:
“Save the Children condemns this attack as a breach of International Humanitarian Law. We are horrified at the violence carried out against innocent civilians and our staff, who are dedicated humanitarians, supporting millions of children in need across Myanmar. Investigations into the nature of the incident are continuing but attacks against aid workers cannot be tolerated.”
Save the Children provides nutrition, education, child protection and health programs through more than 50 partners across the country. According to the group:
“We have temporarily suspended our operations in Kayah Chin, and parts of Magway and Kayin following this incident. However, we remain committed to helping the most vulnerable children in Myanmar, especially during this time of conflict and crisis.”
AP Wire Services were used in this report.
Related Stories

‘You can’t not feed your baby.’ Formula shortage a struggle for parents of infants with food allergies