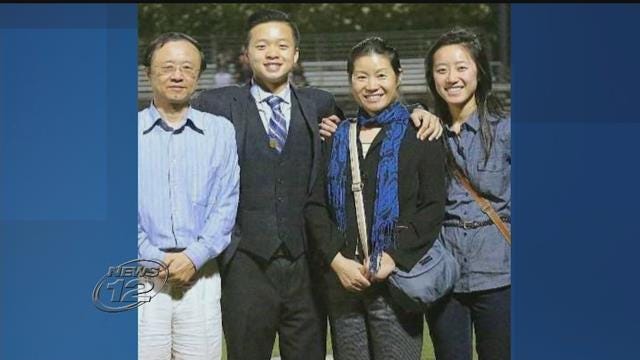 The parents of a West Point cadet killed in a skiing accident last month will have to wait longer to find out if they can legally recover their son’s sperm to potentially carry on the family name.
A Westchester Supreme Court justice in White Plains delayed a decision in the case Thursday involving Peter Zhu, 21, who died after an accident at the ski area on West Point’s grounds.
Immediately after he was pronounced brain dead at Westchester Medical Center, Zhu's parents won a court order giving them permission to retrieve his sperm. Peter is the couple's only son and they hope to continue the family name.
Lauren Flicker, the associate director of the Montefiore Einstein Center for Bioethics, told News 12 that the petition by Zhu's parents to control his sperm raises a host of ethical issues. She’s not involved with the case.
"The parents reported that he wanted to be a father, but that's also different from knowing if he would have wanted to be a father to a child that he couldn't parent," she says.
Currently, Zhu’s genetic material is being stored at a sperm bank in Purchase called Maze Laboratories.
The judge says he hopes to make a decision in the case by May 16.
Peter Zhu was set to graduate from West Point in May. He applied, and was waiting to find out if he had been accepted into Harvard Medical School. Zhu rated in the top 2-percent of the 2019 graduating class.
Related Stories
Nov 29, 2020