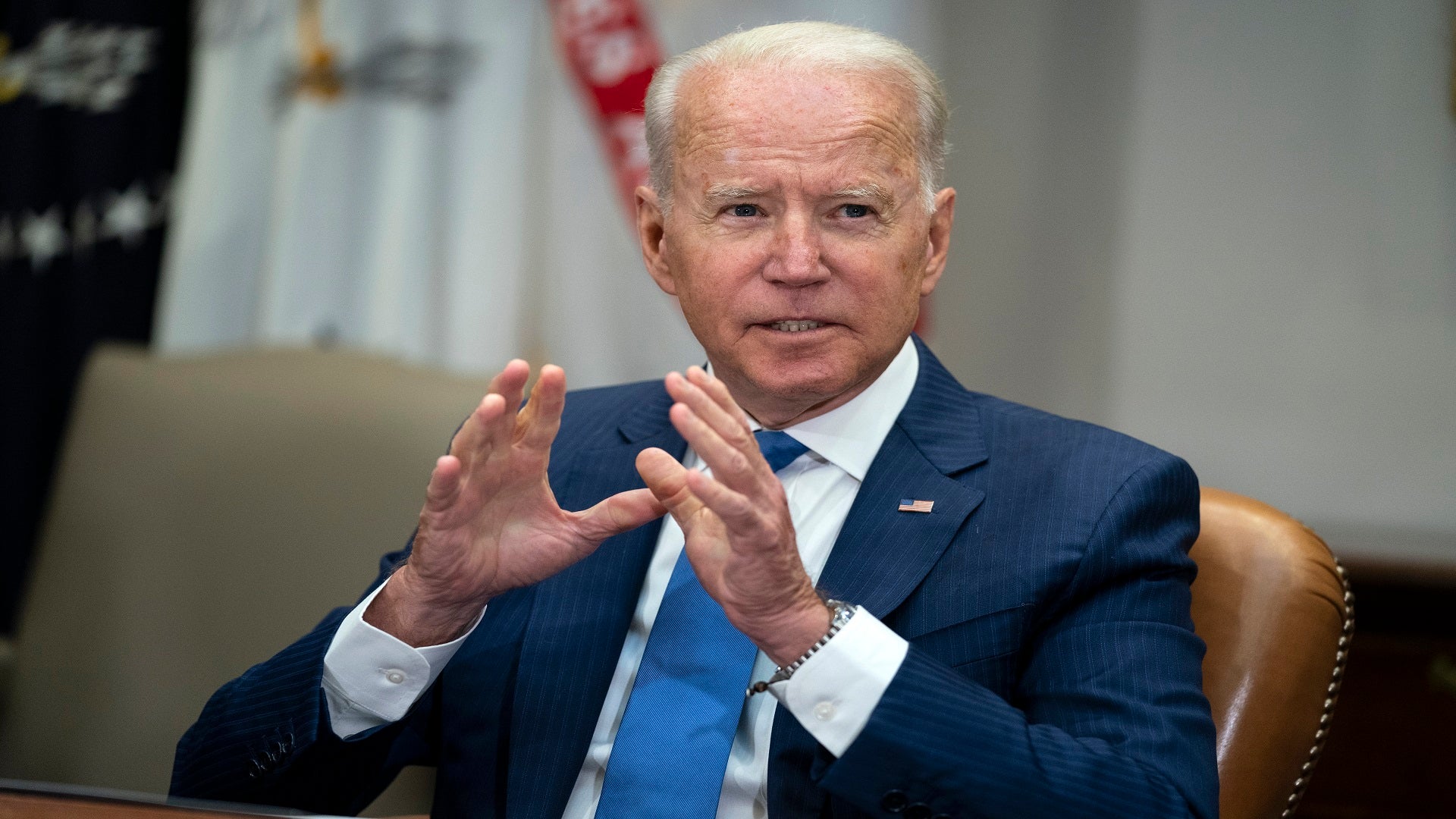 Florida Gov. Ron DeSantis and other officials pressed the White House on Thursday to support efforts to preserve internet service to antigovernment protesters in Cuba, even advocating the use of giant balloons as floating Wi-Fi hotspots to allow images of dissent to stream unabated from the authoritarian nation.
Cuban authorities blocked social media sites in an apparent effort to stop the flow of information into, out of and within the country after thousands of Cubans began taking to the streets last weekend to protest limited access to COVID-19 vaccines and basic goods. The country is going through its worst economic crisis in decades.
“We obviously have to stand with the people of Cuba against the communist dictatorship,” DeSantis said at a press conference in Miami, adding that restoring access to the internet is vital to supporting the people of Cuba.
President Joe Biden responded later Thursday by denouncing communism and saying his administration is assessing whether it has the technology to maintain internet access for Cubans.
The protests in the island nation have sparked an outpouring of support in Florida, which is home to the nation’s largest community of Cuban exiles. Throngs of people in Miami, Orlando and the Tampa area have rallied in support, sometimes shutting down major thoroughfares.
DeSantis said every option should be explored, including using offshore and satellite technology to supply internet service. One option being considered is using balloons to provide connectivity. The Republican governor also suggested using the U.S. Embassy in Havana as a kind of hotspot.
“The one thing that communist regimes fear the most is the truth. And if we’re able to help Cubans communicate with one another - also communicate to the outside world - that truth is going to matter,” DeSantis said. “And so, Mr. President, now’s the time to stand up and be counted.”
It's unclear how the U.S. government or any other entity, public or private, might keep internet service uninterrupted.
"We need the political willingness from the Biden administration," said Republican U.S. Rep. Maria Elvira Salazar, whose parents were Cuban exiles. “And if the federal government considers that they cannot pay for the resources, the Cuban American community will.”
On Thursday evening, Biden denounced Cuba as a “failed state” that is “repressing their citizens” and called communism "a universally failed system” during a news conference with German Chancellor Angela Merkel.
Biden said that the U.S. is considering ways to help Cubans - as long as that aid is not undermined by the communist government.
Biden said the administration won’t ease a ban on remittances to Cubans because they believe “it is highly likely the regime would confiscate” them, and that while the U.S. is prepared to send “significant amounts” of a COVID-19 vaccine to the country, they’d have to be administered by an international organization in such a way that average citizens could get them.
“They've cut off access to the internet - we're considering whether we have the technological ability to reinstate that access," Biden said.
Meanwhile, demonstrations in Florida continued for another day. Hundreds were gathering in Hialeah near Miami to show solidarity with Cubans.
Earlier in the week, two Florida men were arrested during a protest in Tampa in support of the demonstrations and were held on charges related to the state’s new so-called anti-riot law.
Julian Rodriguez-Rodriguez, 30, Maikel Vazquez-Pico, 39, were among those arrested Tuesday night as a group of protesters attempted to take over an exit ramp at Interstate 275 and Dale Mabry Highway, which is a major thoroughfare in Tampa.
Both were arrested on charges that include battery on a law enforcement officer, resisting law enforcement and taking part in an unlawful assembly that blocked streets or sidewalks, records show.
Rodriguez-Rodriguez put an officer into a bear hug as the officer was trying to arrest another protester, according to an arrest report. He then punched an officer in the face, breaking his glasses as the officer tried to arrest him, the report said. He continued to resist arrest until he was placed in handcuffs.
The men were being held without bond in the Hillsborough County Jail early Thursday. It was not immediately clear whether either had an attorney who could comment.
Earlier this year, DeSantis signed into law a Florida bill that boosts penalties against demonstrators who turn violent and creates new criminal penalties for those who organize demonstrations that get out of hand. Provisions of the law also make it a felony to block some roadways and give immunity to people who drive through protesters blocking a road.
The bill was introduced after last summer’s protests for racial justice during which some Black Lives Matter protesters were met by police with tear gas and arrests when they took to the streets for days at a time.
During his Thursday press conference, DeSantis again sought to differentiate recent protests over Cuba from those last year.
“Cuban Americans who are out demonstrating,” he said, “they’re not violent riots. They’re out there being peaceful and they’re making their voices heard, and we support them.”
But he said demonstrators should not be shutting down roads that could impede traffic and commerce.
Related Stories

See all
2d ago

Trump says he took the Fifth Amendment in NY investigation