STORM WATCH: Rain to change to snow into Thursday; 1-3 inches of wet mess

By: News 12 Staff
A winter weather advisory has been issued from 5 a.m. to 1 p.m. Thursday with 1-3 inches of a rain-snow mix expected.
The New York City Department of Sanitation issued a winter operations advisory beginning at 4 a.m. The Department of Transportation says alternate side parking regulations will be suspended Thursday. 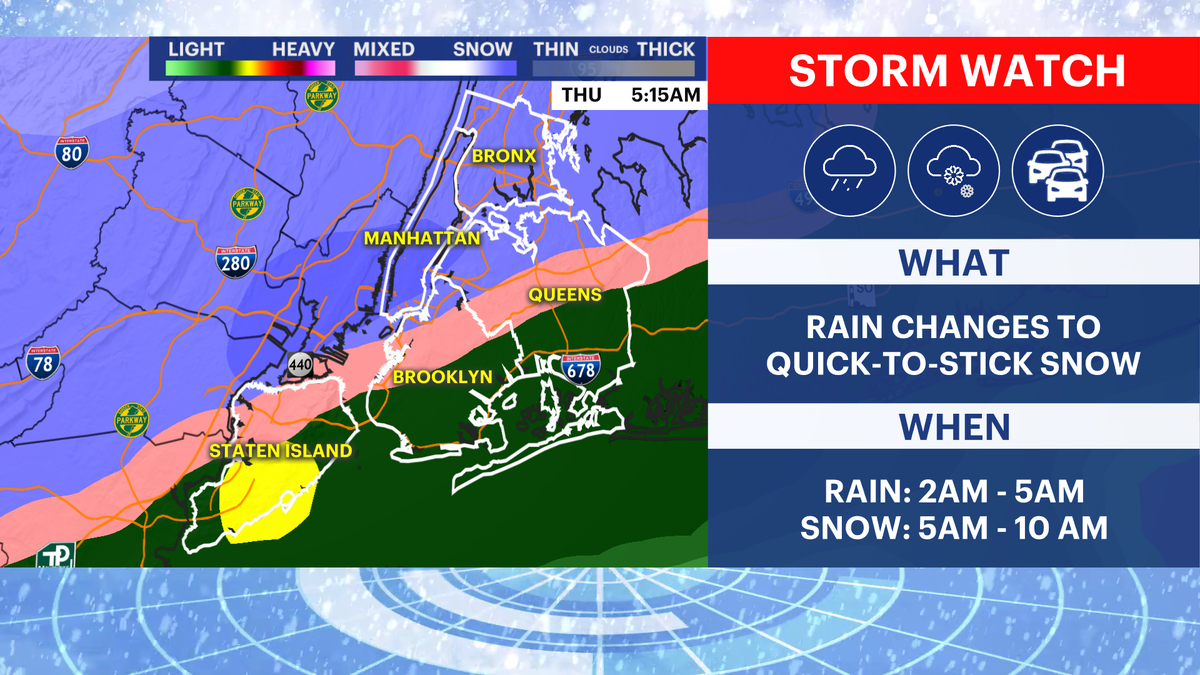 TONIGHT: Cloudy with rain showers arriving by 2 a.m. Changing over to snow by 5 a.m. Lows near 32.

THURSDAY: Snow, steady at times, a messy morning commute expected. The snow ends by noon. 1-3" expected. Windy and sunny afternoon. Highs near 33, falling into the 20s by the afternoon. Lows near 15. 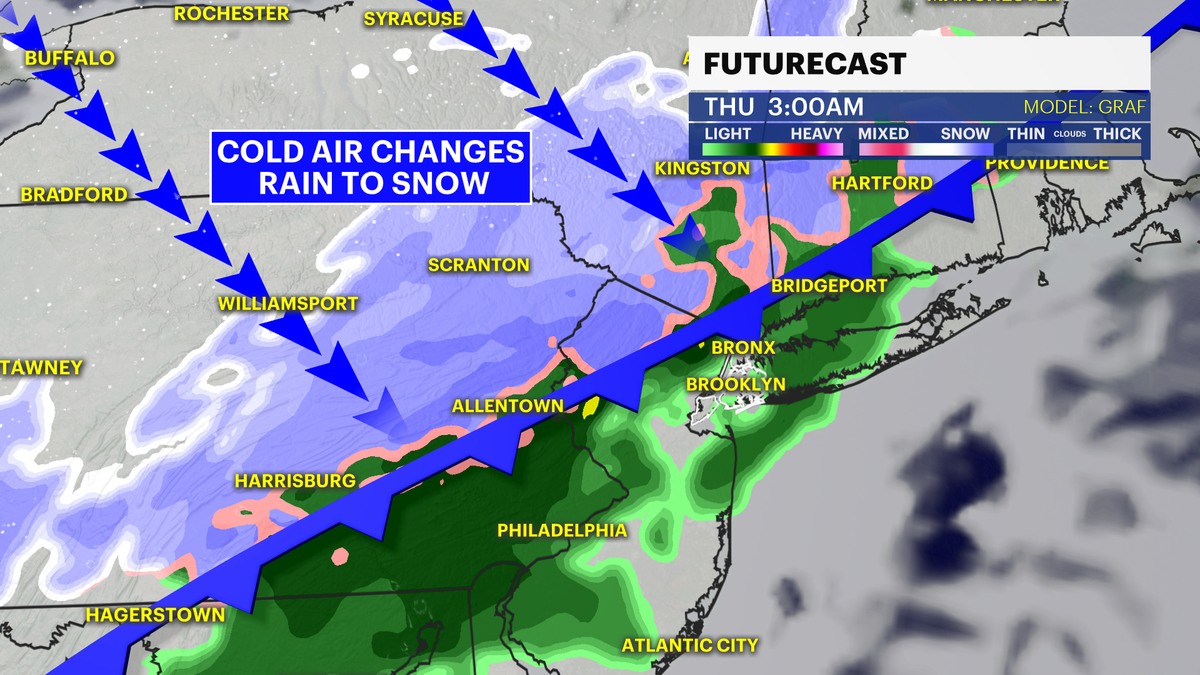 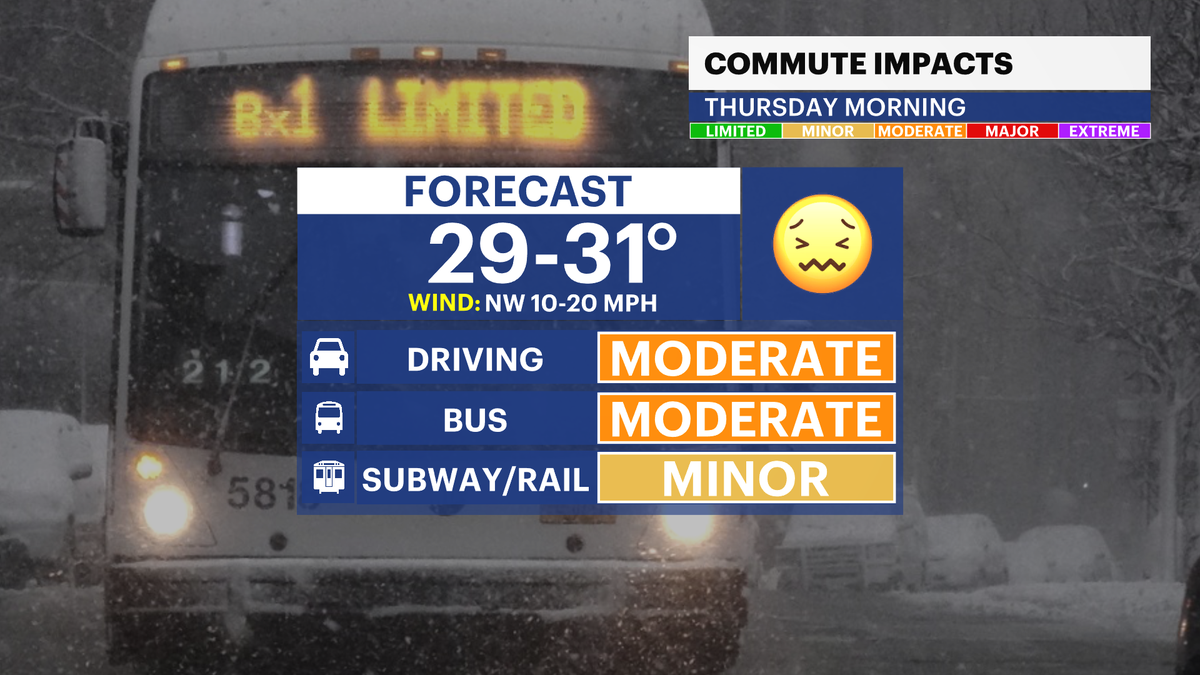 FRIDAY: Mostly sunny and bitterly cold. Wind chills near 0 in the morning. Highs near 24. Lows near 15.
SATURDAY: A coastal storm will form and likely pass offshore. "Fringe" effects with some snow flurries possible during the morning. The majority of the snow will remain offshore as of now. Highs near 28. Lows near 25. 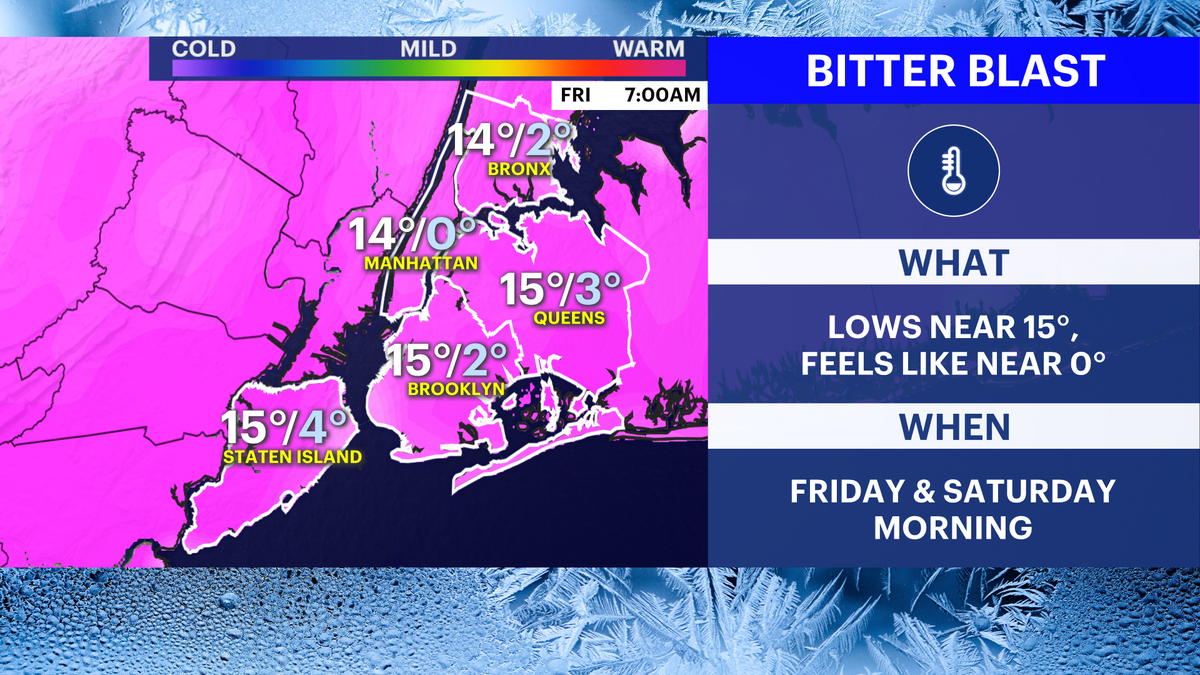 Storm knocks out power to thousands of homes and businesses

Thunderbolt 12: Checking out the conditions in Greenwich